Residential architecture styles encompass a wide range of designs, from rustic country cottages to modern urban apartments. Each style is distinguished by its own unique characteristics, such as the use of particular materials, details, and overall aesthetic. Whether you’re looking for a classic style for your new home, or simply want to understand the different styles of architecture available, this introduction to residential architecture styles can help.

A Cape Cod home style is a type of traditional design that originated in the New England area in the early 1800s. It is characterized by its simple yet elegant lines, symmetrical facade, and steeply pitched gable roof. Other features of a Cape Cod home style include clapboard or shingle siding, single hung windows, small porches, and shutters. Inside, they often feature wood floors, fireplaces, and paneled walls. The style is popular due to its timeless and classic appearance, as well as its cozy, welcoming atmosphere.

Colonial homes are a classic architectural style that date back to the 1700s in America. With a symmetrical design and a focus on balance, colonial homes feature a central door, evenly spaced windows, and usually two stories. The exterior is usually composed of brick or wood, while the roof is typically a gabled design. Inside, you typically find a center hall that runs the length of the house, flanked by two rooms on either side. The bedrooms are usually located on the second floor, with an open staircase connecting the two floors. Colonial homes often feature ornate, detailed trim and moldings, as well as wood flooring. This timeless architectural style is a staple of American history and continues to be a popular choice for many homeowners.

Unlike modern architecture (see defnition below), contempoary architecture is not rooted in any one time period but reflects architectural trends of the moment. What is contemporary now may not be contemporary 20 years from now. It is fluid and incorporates elements of of both past and present – a combination of styles – and often marries the indoors and outdoors. Typically contemporary homes have open floor plans and mixed materials.Contemporary architecture often incorporates energy-saving features such as passive solar heating and cooling, natural light, and efficient appliances. Additionally, these homes often have large windows to bring in natural light and provide panoramic views.

Craftsman home architecture is a style of home popularized in the early 20th century that emphasizes natural materials, simplicity, attention to detail, and craftsmanship. Characteristic features of this style of architecture include low-pitched roof lines, exposed rafters, wide front porches with tapered columns, and large windows with divided lights. Inside, craftsman homes usually have built-in cabinetry, woodwork, and other decorative elements. They are often designed to blend into their natural surroundings, with materials such as stone, brick, and wood used throughout. 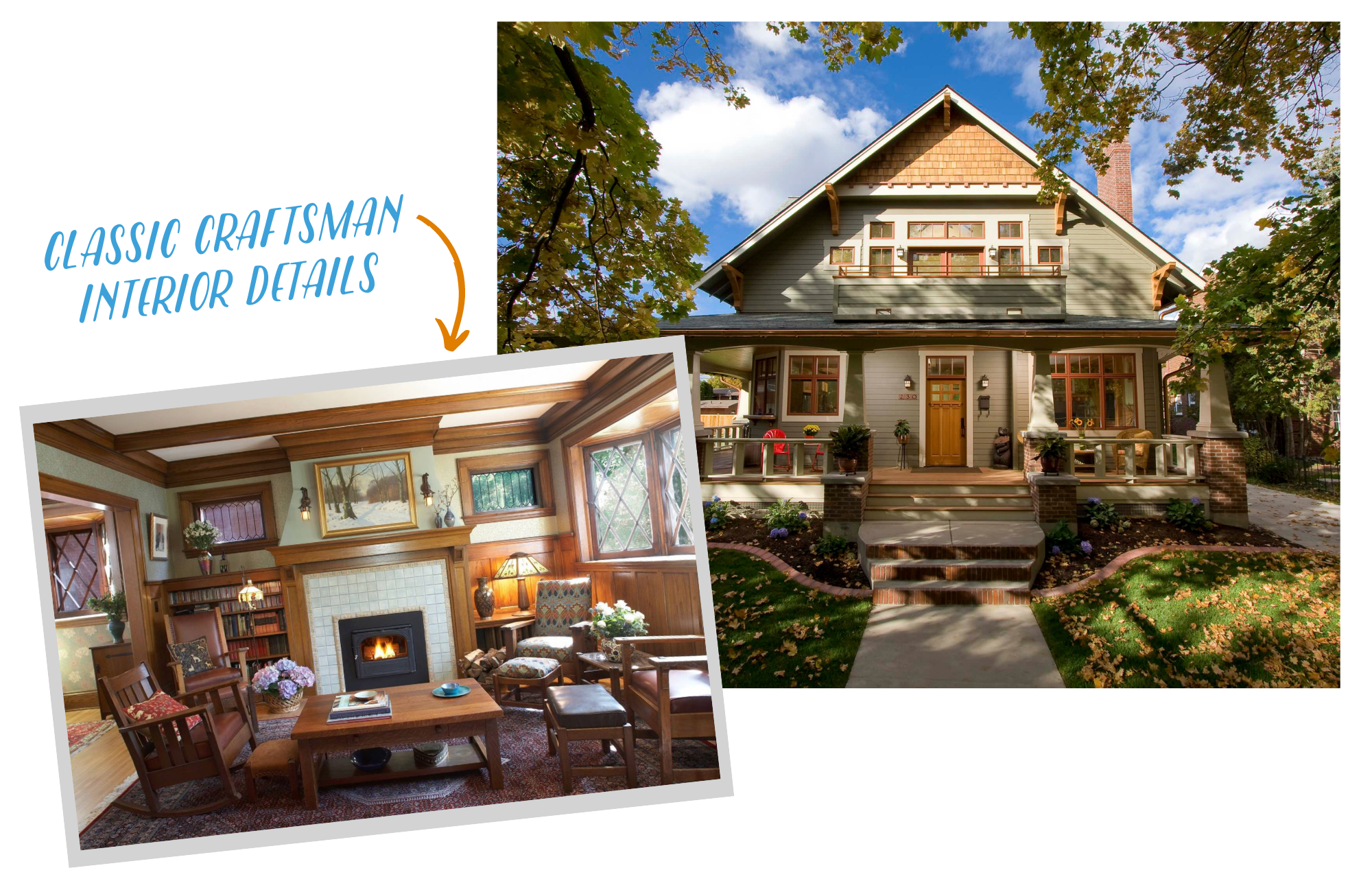 Mid century modern home architecture is a style of design that began in the 1940s and 1950s and is characterized by simple, clean lines, geometric shapes, and a blend of natural materials such as wood, stone, and concrete. Mid century modern homes are typically open concept, with large windows, and designed to bring the outdoors in. This style of home is often thought of as contemporary and modern, but with a timeless appeal.

Modern home architecture emerged at the turn of the 20th century. Modern homes are characterized by minimalist design that emphasizes function. They are recognizable for their rectangular forms, lack of adornment and whitewashed exteriors. Many modern homes were also built with the landscape in mind. For instance, the lines of a roof or overhang might reflect the lines of natural surroundings. Modern homes further incorporate an appreciation of nature with horizontal compositions built low to the ground, and expansive glass windows or walls.

A Cape Cod home style is a type of traditional design that originated in the New England area in the early 1800s. It is characterized by its simple yet elegant lines, symmetrical facade, and steeply pitched gable roof. Other features of a Cape Cod home style include clapboard or shingle siding, single hung windows, small porches, and shutters. Inside, they often feature wood floors, fireplaces, and paneled walls. The style is popular due to its timeless and classic appearance, as well as its cozy, welcoming atmosphere.

Prairie style home architecture is a type of architectural style developed by Frank Lloyd Wright in the early 1900s. It is characterized by its horizontal lines, open floor plans, and low-pitched roofs. Common features of Prairie style homes include large overhangs, wide eaves, and terraces. Exterior materials often include brick, stucco, stone, and wood. The interior of these homes are typically characterized by plain surfaces with little ornamentation and have large windows to bring in natural light.

Ranch homes are a popular style of architecture, typically found in suburban and rural areas of the United States. This type of home typically features a single story with a low-pitched roof and an open floor plan. Common features of ranch homes include a large living room, bedrooms situated off a hallway, and a kitchen that opens up to a dining area. Materials commonly used for ranch homes include wood, brick, stucco, and vinyl siding. These homes are often adorned with large windows to allow for natural light and beautiful views. Ranch homes are often praised for their simplistic design, which can make them easy to maintain and affordable to purchase.

Tudor home architecture is a style of home that originated in England during the late 15th century. This style of home was common among the upper classes in England and is characterized by its steeply pitched roofs, decorative half-timbering, large chimneys, and tall, narrow windows. Tudor homes often have a combination of brick, stone, and stucco on the exterior. Inside, Tudor homes are usually paneled with wood and feature heavy, ornately carved wooden furniture. The interiors of Tudor homes usually have large fireplaces, vaulted ceilings, and exposed wood beams.

Victorian architecture is a traditional style of architecture that was popular during Queen Victoria’s reign from 1837 to 1901. Victorian homes are typically characterized by ornate decorative details, asymmetrical facades, and elaborate trim. Common features of Victorian homes include towers, bay windows, wrap-around porches, steeply pitched roofs, and ornate wooden detailing. These homes often feature towers, turrets, and decorative gables, as well as porches adorned with spindles and gingerbread trim. Many Victorian homes are also painted in bright, cheerful colors, such as yellows, greens, and blues. When it comes to materials, Victorian homes often feature clapboard siding, brick and stone, and slate and asphalt roofing. Inside, Victorian homes may have hardwood floors, fireplaces, and pocket doors.

It’s time to start planning for Summer Camp. Finding the camp that offers programming that your kids will enjoy PLUS works with your family’s schedule and budget can feel like putting together a jigsaw puzzle...

To help you gear up for Small Business Saturday we’ve updated our Shop Local Guide for 2022 and added categories (clothing and vintage). We include some of our favorite local St. Louis sources for gifts...